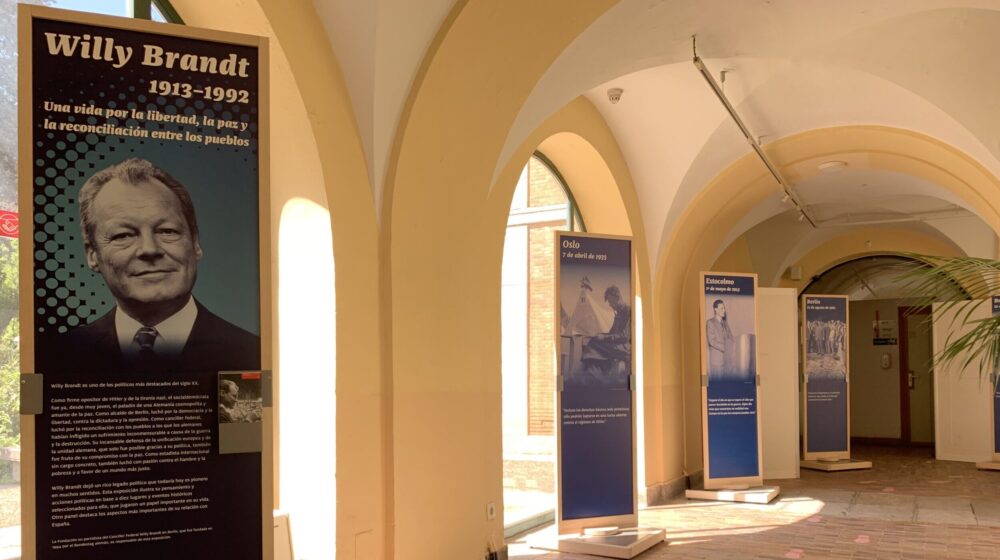 The international touring exhibition continues its tour in Spain. In April, our international touring exhibition “Willy Brandt 1913-1992. A Life for Freedom, Peace and Reconciliation between Nations” was hosted by the Centro Cultural Manuel Benito Moliner, Huesca. It was then exhibited in the archives of the Pablo Iglesias Foundation in Alcalá de Henares. Now the exhibition is making a stop in the Spanish capital Madrid.

From 2 June to 16 July, the exhibition will be shown at the Escuela Julian Basteiro, Madrid. The exhibition presents milestones from the life of the politician and man Willy Brandt. It leads once around the globe and through world history: to places like Oslo as a city of emigration during the Nazi era, Berlin as a divided city and Moscow as a place of diplomatic negotiations during the Cold War.

On 1 June, the exhibition was ceremoniously opened at the Escuela Julian Besteiro in Madrid by Bernd Rother, Senior Fellow of the Federal Chancellor Willy Brandt Foundation, Isabel Navarro Cendón, Director of the Escuela Julian Besteiro, Luise Rürup, Director of the Friedrich Ebert Office in Madrid and Luisa Carcedo, President of the Fundación Pablo Iglesias. 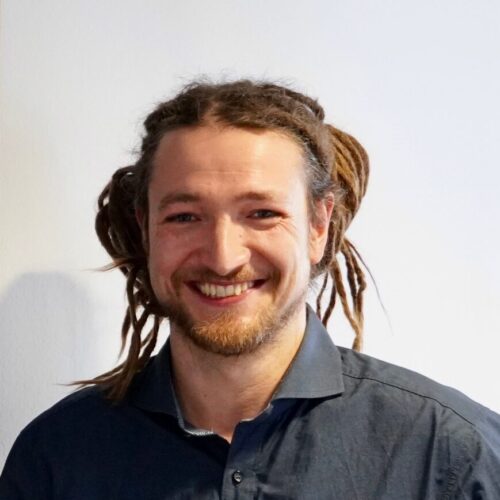 News of the Touring Exhibition 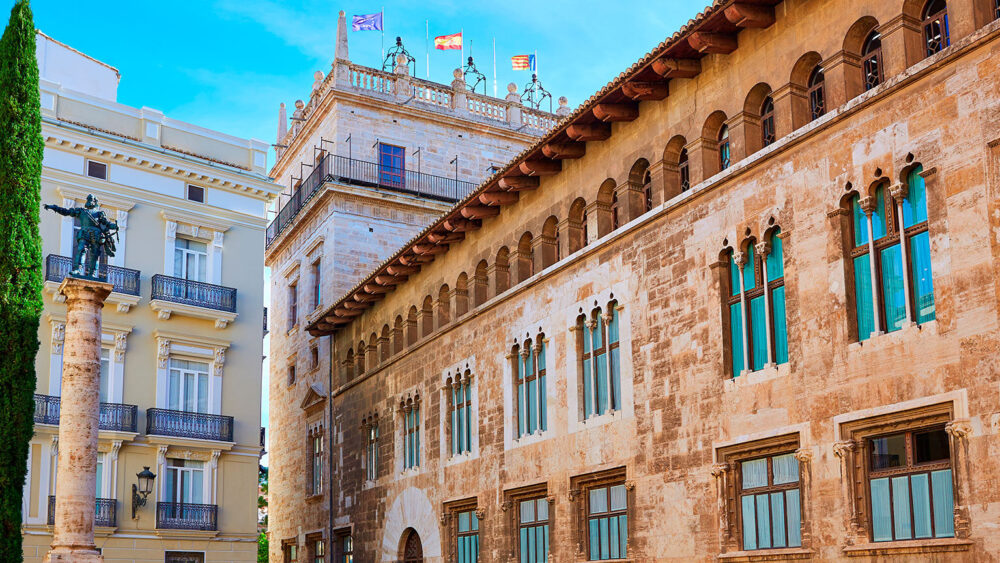 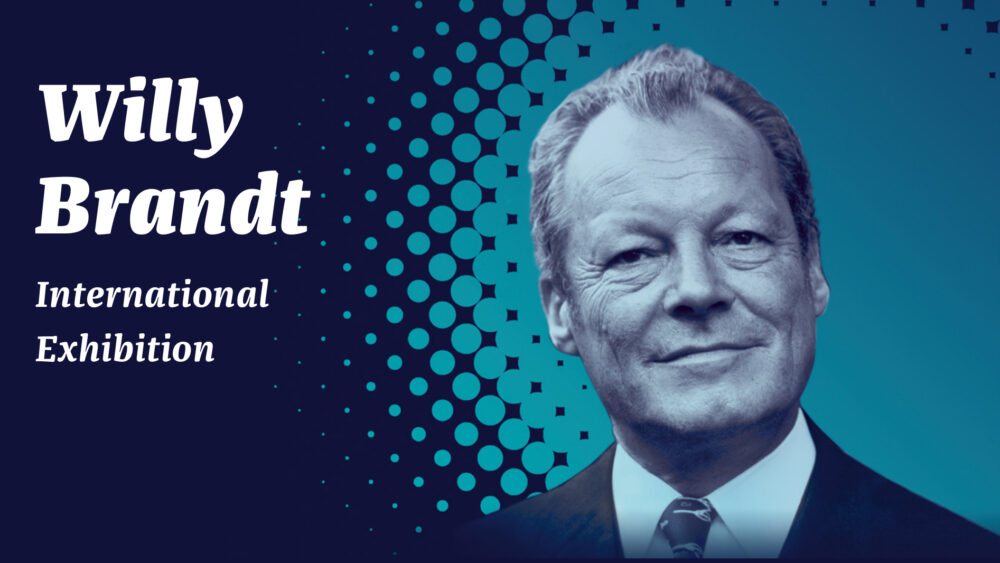 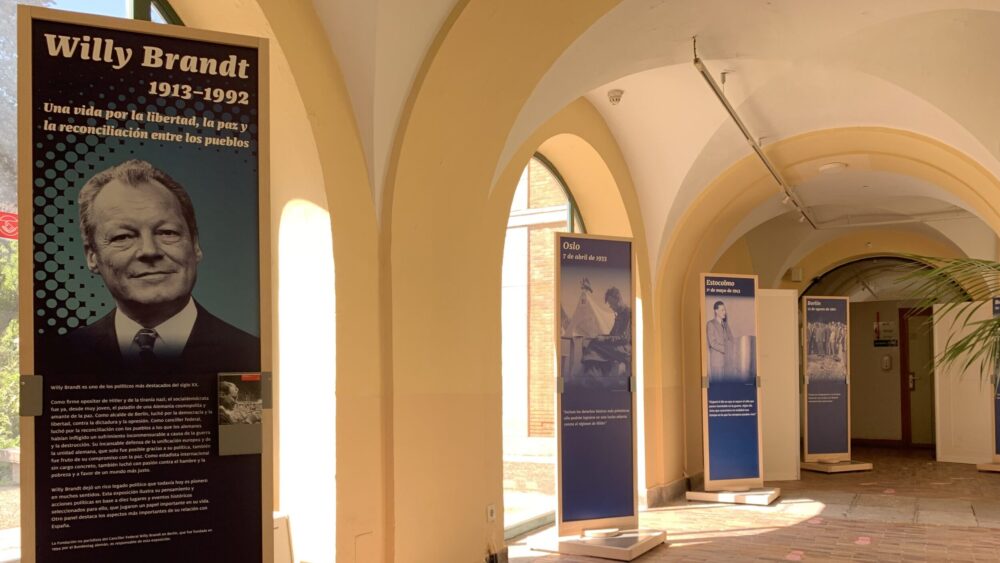