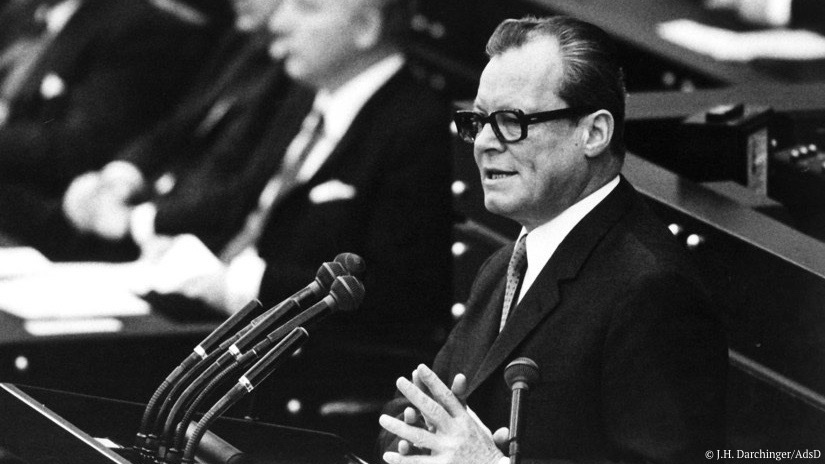 On 21 October 1969 the German Bundestag in Bonn elected Willy Brandt as the nation’s first social-democratic chancellor. The new Ostpolitik of the social-liberal government under Willy Brandt and Federal Foreign Minister Walter Scheel initiated a reconciliation and spirit of mutual understanding with its German neighbour in the East and normalised the Federal Republic’s relationship with the GDR. At the same time it advanced the unification of Europe. By means of internal reforms, democracy was strengthened and the social state was expanded.

From 2019 until 2024, the Foundation is commemorating his chancellorship with a comprehensive programme of events. In doing so, we not only remember the outstanding achievements and successes but also submit Willy Brandt’s tenure in government until May of 1974 to a critical, historical examination. Our look back to the significant events and issues of the years 1969 to 1974 will bring into focus relevant issues of contemporary politics.

Each of the anniversary years will be characterised by an overarching theme that characterises a prominent theme of the “Brandt Era” and, at the same time, has a bearing on present and future issues. After the initial theme of “Democracy” for 2019, additional annual themes are: Peace (2020), Renewal (2021), Co-determination (2022), Europe (2023) and Crises (2024).

Ceremonial events, new exhibitions, lectures, podium discussions, book presentations and conferences as well as the awarding of the Willy Brandt Documentary Film Prize for Freedom and Human Rights will constitute our multifaceted anniversary programme. In addition to its branches in Berlin and Lübeck, the foundation will be present in many domestic and foreign locations. Starting in 2020, public events and academic conferences will take place in Erfurt, Berlin, Moscow and Warsaw. 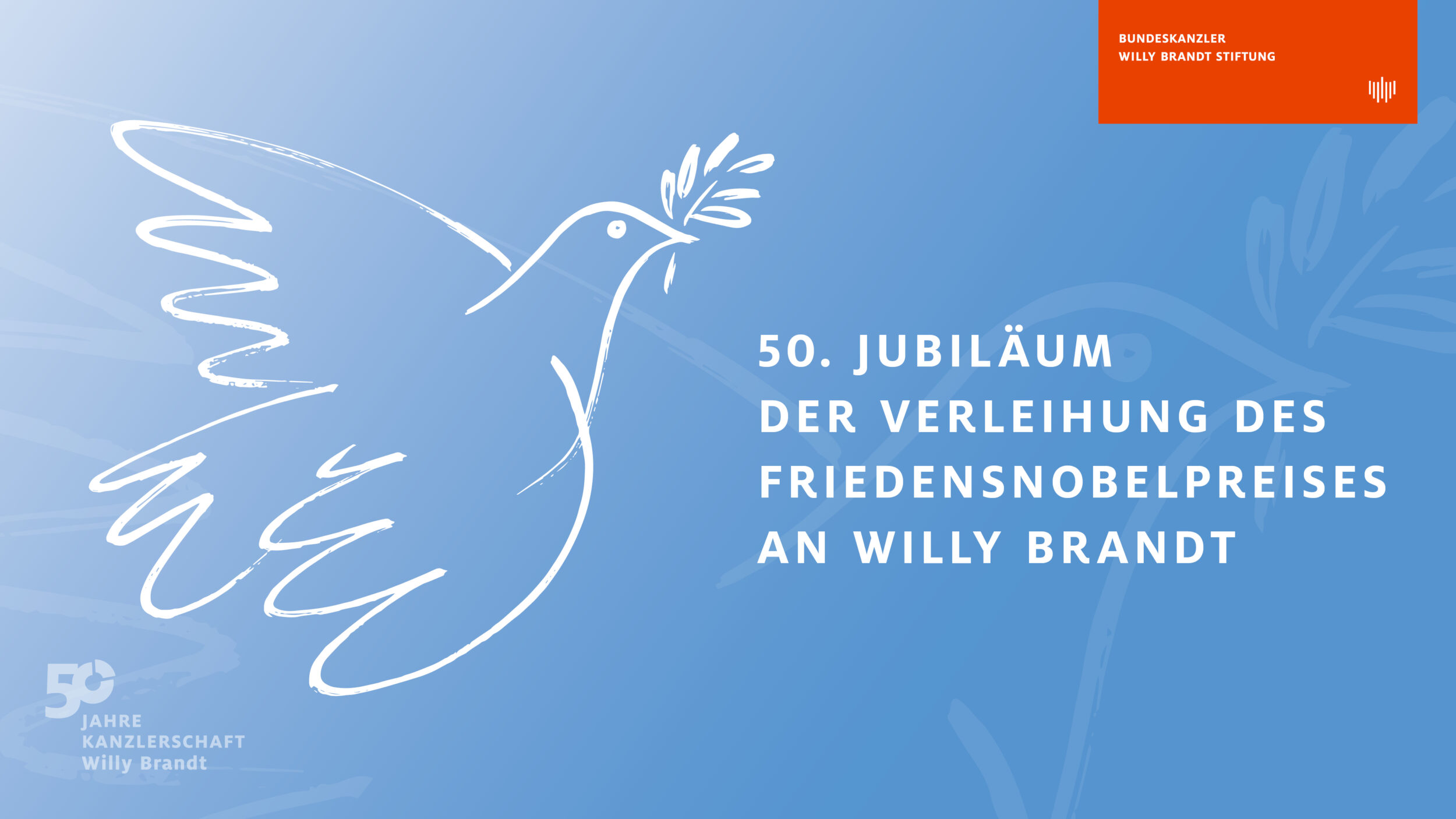 On 10 December 1971, Willy Brandt was awarded the Nobel Peace Prize: Almost 25 years after the end of the Second World War, the Norwegian Nobel Committee honoured the West German Chancellor “for his policy of reconciliation between old enemy countries”, as stated as one of the reasons. With the New “Ostpolitik”, he had “made an outstanding effort in a spirit of goodwill to create conditions for peace in Europe.”

The Federal Chancellor Willy Brandt Foundation commemorates this special historical date with a comprehensive anniversary programme. The diverse events on-site in Oslo, Lübeck and Berlin as well as the numerous social media offers and livestreams are to encourage people to reflect on the relevance of Willy Brandt’s understanding of politics and peace today.

All information on the anniversary programme 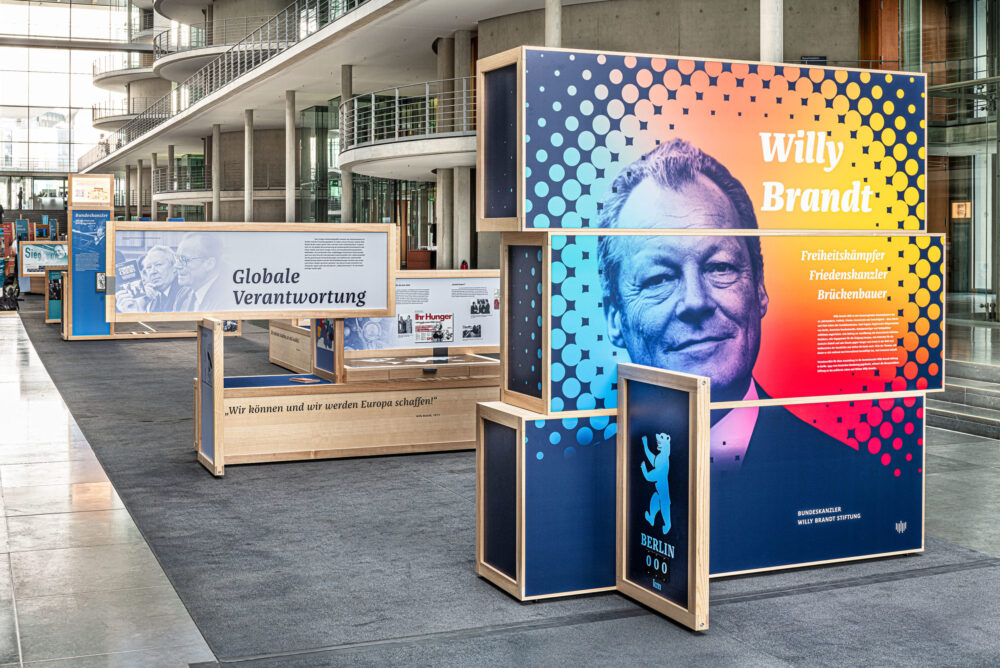 For the 50th anniversary of Willy Brandt’s chancellorship, the foundation is developing two new exhibitions. On 22 October 2019, Parliamentary President Wolfgang Schäuble opened the extensive touring exhibition “Willy Brandt – Freedom Fighter, Chancellor for Peace, Bridge Builder” in the Paul-Löbe-Haus of the German Bundestag. A smaller touring exhibition, tailor-made for an international public, will begin its tour in early 2020. Its first stops in Moscow and Warsaw will commemorate major milestones of Brandt’s Ostpolitik.