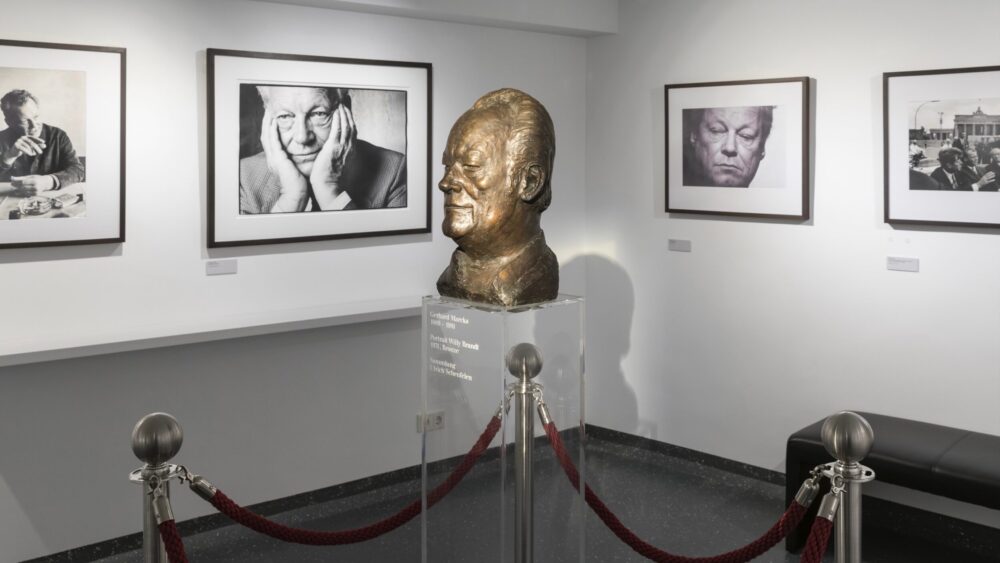 The Willy Brandt Forum Unkel is a museum for contemporary history in the city of Unkel.

Former Federal Chancellor and Nobel Peace Prize Laureate Willy Brandt lived in Unkel am Rhein from 1979 to 1992. Here, near Bonn, he wrote his memoirs and, as an internationally respected statesman without a state office, he was committed to global peace and development policies. The heart of the museum is the faithfully reconstructed private study, which the SPD gave to its chairman on his 70th birthday. A large number of exhibits and stations also make Brandt’s life and political work tangible. The famous Brandt portrait of Georg Meistermann, which was intended for the Chancellor Gallery in the Federal Chancellery, rests in the museum’s gallery.

The permanent exhibition documents the important stages in Willy Brandt’s political career and provides insights into his lesser-known life as a citizen of Unkel. A variety of objects and photographs, many original film and sound documents, as well as informative texts put the life and political work of the social democrat center stage. Interactive elements offer (to young people in particular) a playful, discovery-based approach to the character of Willy Brandt and the contemporary historical context.

Other exhibition areas deal with Willy Brandt’s chancellorship from 1969 to 1974, his international engagement as president of the Socialist International and as chairman of the North-South Commission. Additionally, visitors can discover some of the most important biographical stages from his childhood and youth in Lübeck, through the years of forced exile in Scandinavia to his political ascent in post-war Germany. A small cinema, as well as workstations with internet access, offer the opportunity to study the topic in greater depth.

From July 1 through September 30 open on

HOW TO FIND US

Enter “Unkel” as the place and “Schulstrasse” as the street in your navigation device or follow the signs to P Willy-Brandt-Forum in Unkel. There is a large car park at the corner of “Schulstrasse / Kamener Strasse”. From here it is only a few minutes’ walk to the Willy Brandt Forum in the historic old town of Unkel. Follow the signs “Altstadt”!

The museum has a barrier-free entrance and a wheelchair-accessible elevator.

Special openings for individuals and groups are possible.

Public tours take place every first Sunday of the month. Beginning at 3 p.m.

For a responsible coexistence, we ask for consistent compliance with the hygiene measures to contain the COVID-19 pandemic.

* Please refrain from attending an event if you have symptoms of acute respiratory illness.

* Wearing an FFP2 or medical mask is mandatory in the exhibition.

* Please adhere to the applicable distance rules and move prudently in the exhibition. 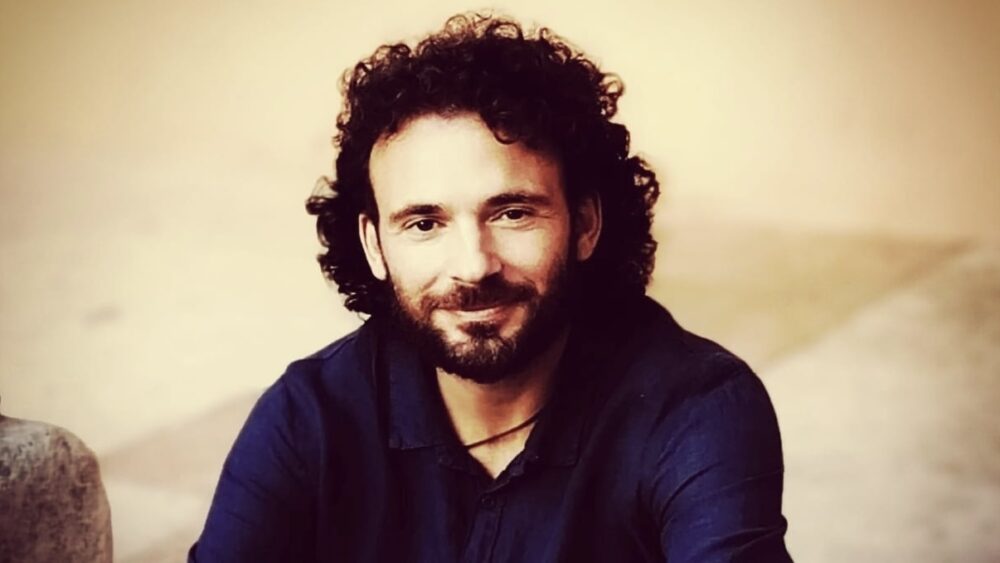 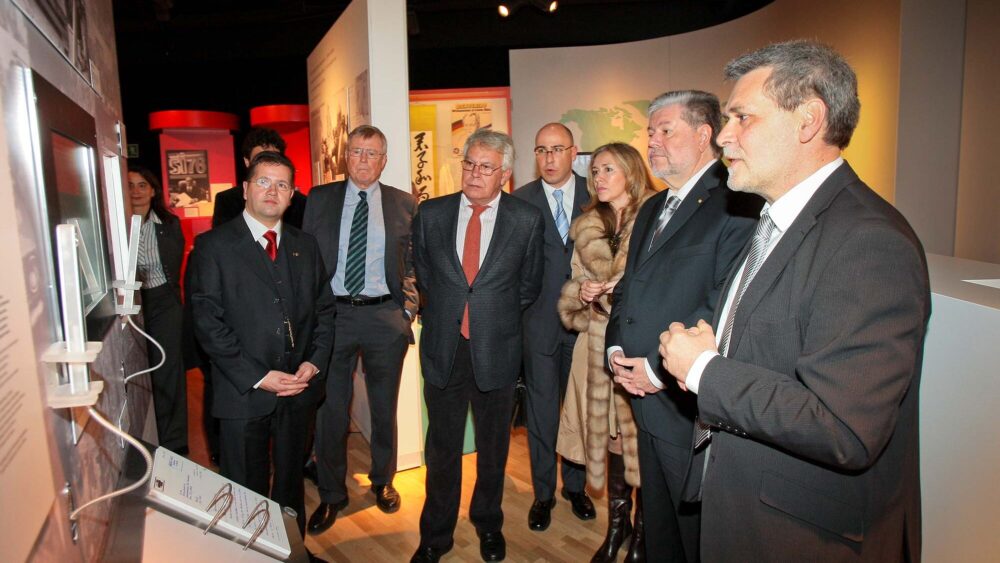 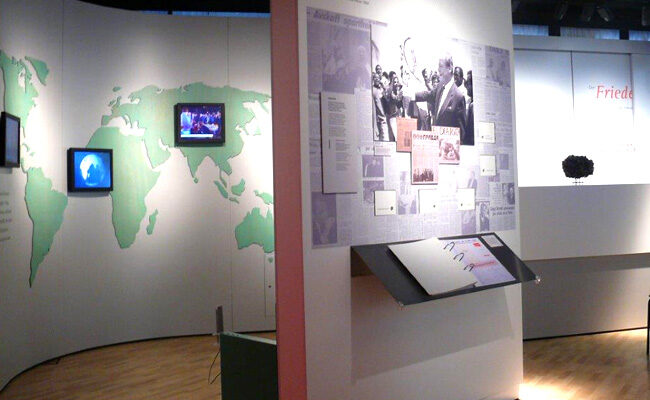 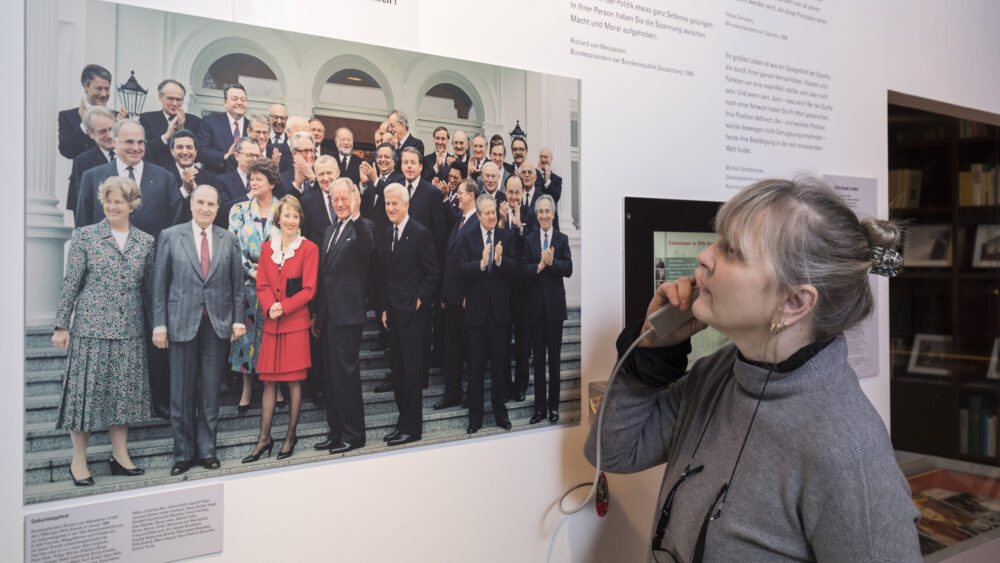 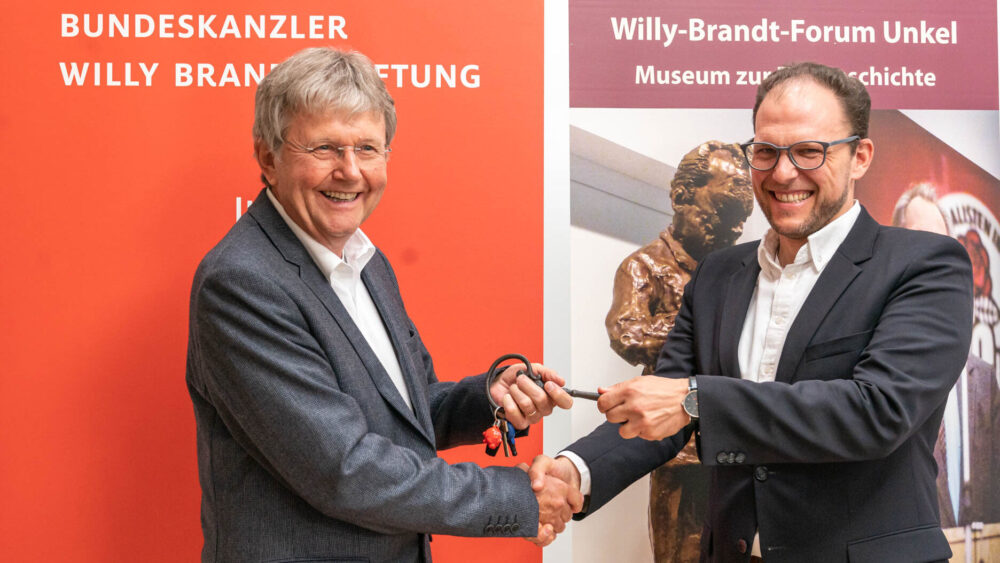 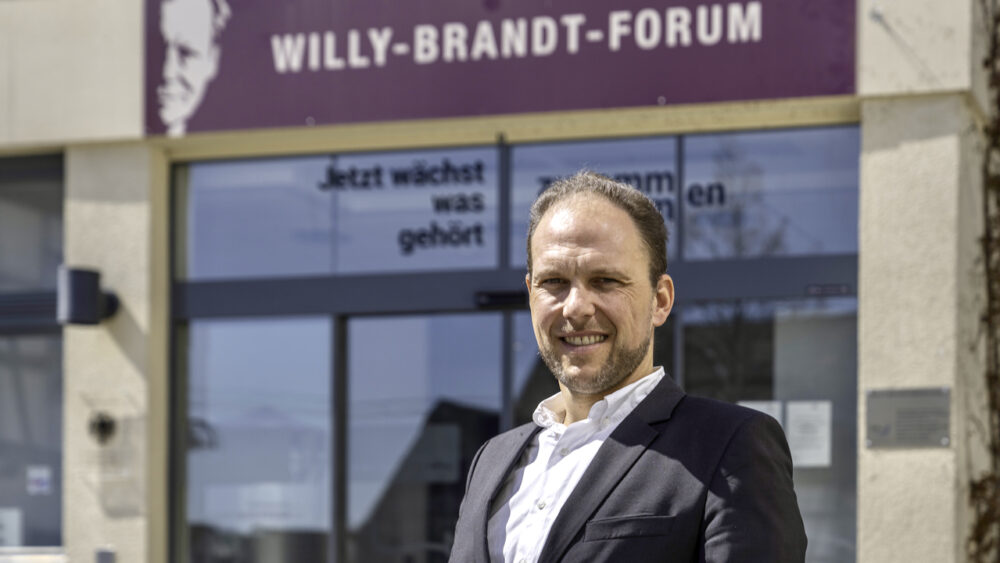 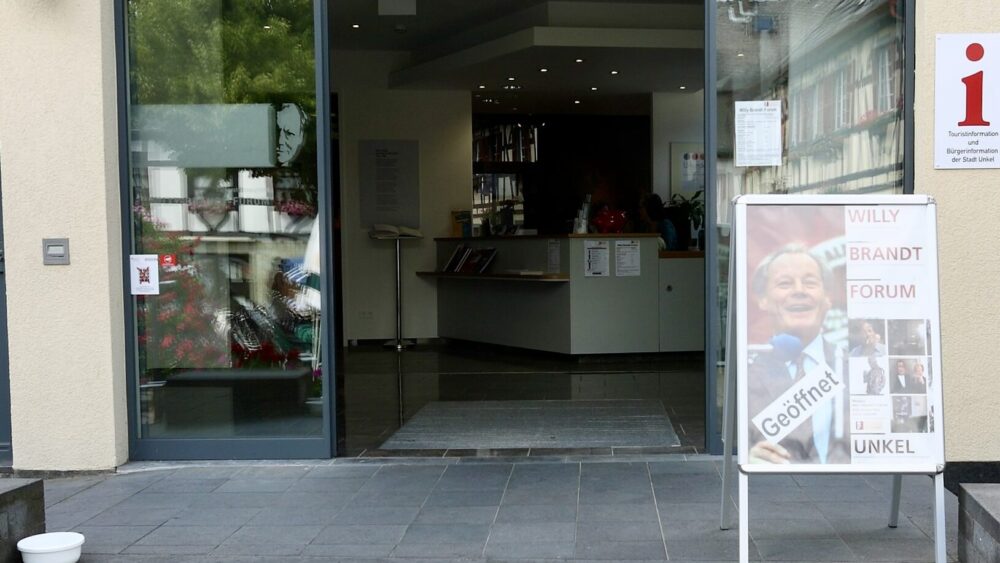 We Are Looking Foreward to Your Visit!

Das Willy-Brandt-Forum Unkel is open to everyone. The entry is free!
Our competent staff is looking forward to welcome you and will assist you with any questions you may have. 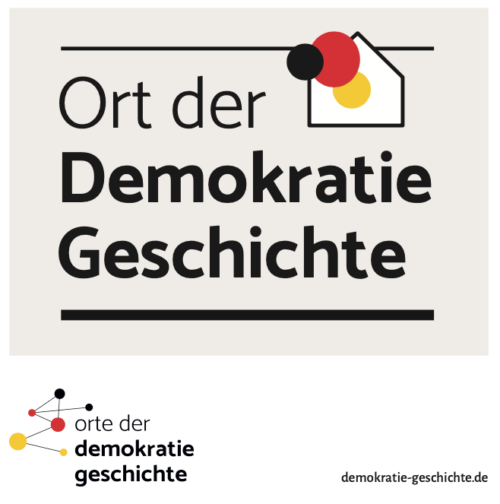