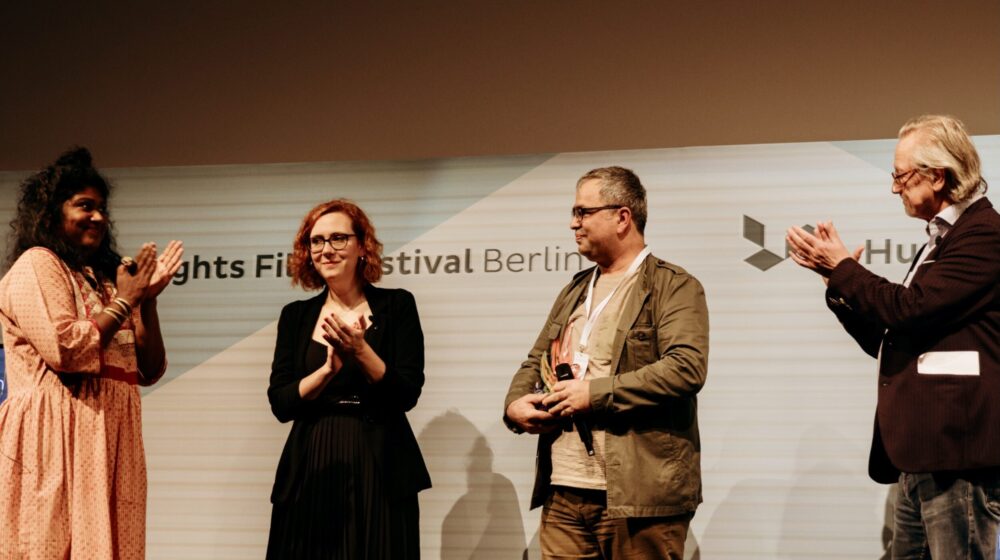 In C0ooperation with the Human Rights Film Festival Berlin

The Willy Brandt Documentary Film Award for Freedom and Human Rights honors a documentary film for its outstanding artistic and content achievements. The prize, endowed with EUR 3,000 by the Federal Chancellor Willy Brandt Foundation and is awarded in cooperation with the Human Rights Film Festival Berlin. The festival was founded in 2018 by the organisation Aktion gegen den Hunger.

The moving film Imad’s Childhood (2021) by director Zahavi Sanjavi is about the five-year-old Imad who has spent more than half of his life in IS captivity and is now returning to his Yazidi family. In addition to the winning film, two other films received a special mention by the jury: the film “Fly so Far” (2020) by director Celina Escher and the film “La Vocera” (2020) by director Luciana Kaplan.

The Kenyan film “Softie” (2019) by director Sam Soko is a gripping documentary about the life and political commitment of the activist Boniface Mwangi. In addition to the winning film, the film “Stop Filming Us” (2019) by director Joris Postema received a special mention from the jury this year.

Director Askold Kurov received the inaugural award for his impressive documentary Novaya (2018) about the editing of “Novaya Gazeta”, one of the first and now last independent newspapers in Russia.